What is an Honest Broker?

An ‘Honest Broker’ is a well-used term across clinical research. Their role is to be a gatekeeper between researchers and the identifiable data of someone who may be a candidate for a new clinical trial or study. It’s an important and essential role which protects personal identifiable data (PID) from being accessed without the full Internal Review Board (IRB) approval.

When the role of an Honest Broker is down to an individual within a hospital or research center, they’re generally responsible for creating anonymized datasets that will then be mined by a researcher to target subjects for upcoming clinical trials and studies. Honest Brokers tend to have access to medical records held by their hospital, but they’re not usually involved in the research studies themselves.

The challenges for clinical researchers

A common complaint by many researchers is that their current Honest Broker processes simply take too long. From my conversations with them in the past, the time it takes to access these anonymized datasets is cumbersome and prevents trials and studies from progressing at pace. I’ve also heard many times that it can be an arduous task for IT teams, as the query writing takes a lot of time and the datasets don’t always deliver satisfactory results the first time around (meaning the whole thing starts over again!).

This was such a challenge for a leading cancer research center in the US, that they came to us to understand how they would implement our analytics tool to solve many of the pain points that they were experiencing with their existing Honest Broker processes. They wanted to come up with a completely new way for their researchers to identify candidates anonymously. They wanted it to be entirely self-service, easy to use and something that would efficiently produce a list of strong candidates for IRB approval without unnecessary delays.

This was quite the challenge for our data science and development team as we hadn’t applied this use case to our analytics and data mining tool previously. However, we could see the fantastic benefits for both researchers and patients alike and jumped at the chance to deliver a new solution for them.

The linchpin in any honest brokering system is controlling access. Where a system administrator may have full access to the data, the system needs to also support fine-grain permissions for each user. Data needs to be limited both longitudinally (so that only specific data items can be queried) and cross-sectionally (so that only certain patient records can be viewed). Furthermore, the system needs to limit access to PID when the researcher is in the explorative mode of identifying candidate cohorts but then open up access when IRB approval has been granted and then only to the cohort for which the approval has been given. 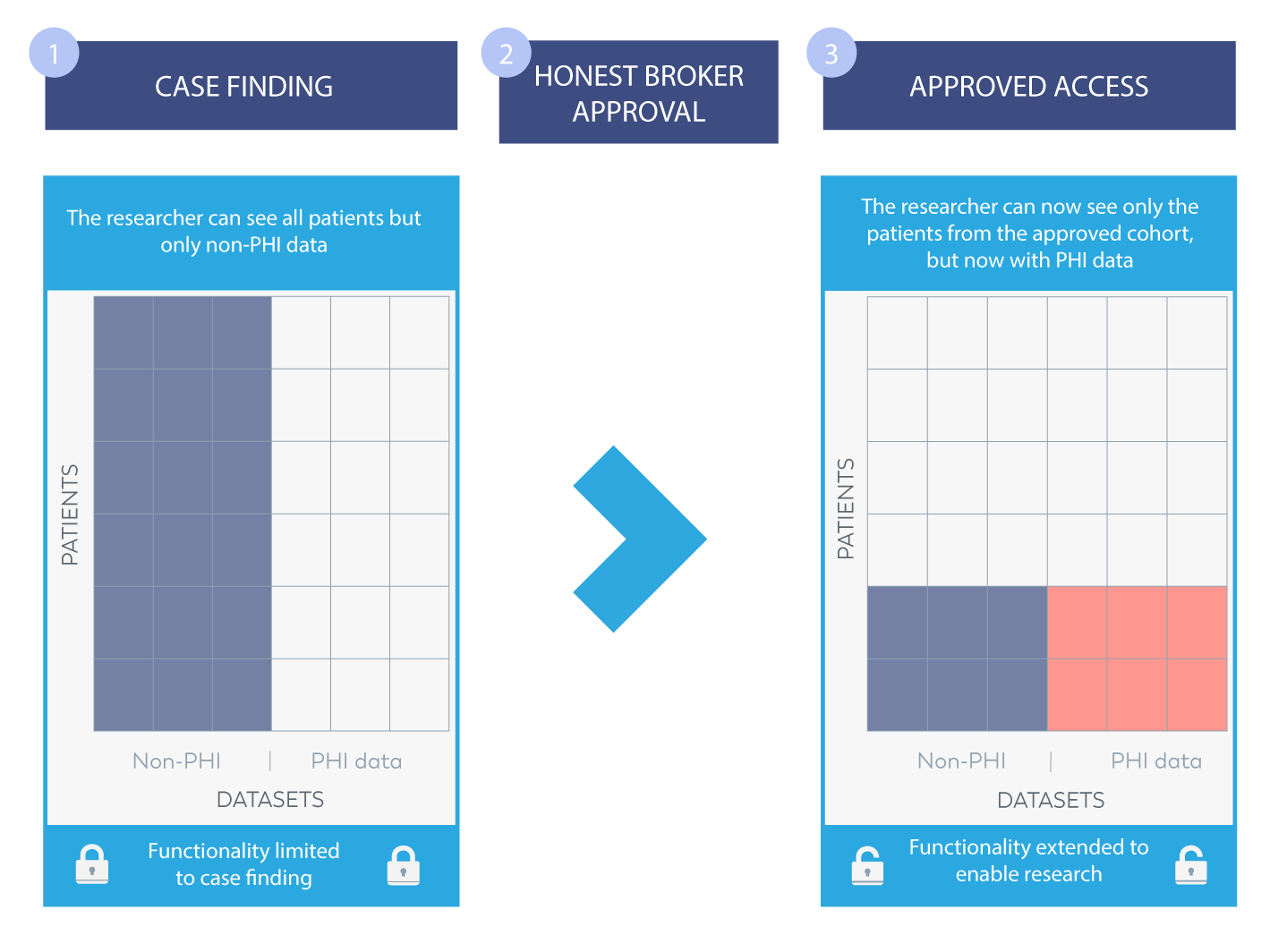 Rolling out a friction free-process

Within a few months, we had launched version 1 of an Honest Broker solution for them. The tool has enabled their researchers to instantly explore their de-identified patient data (500,000 patients in fact!) and empowered them to carry out an initial analysis within a friction free-process. Researchers can now select the patients who meet the criteria, then gain approval from the IRB (Internal Review Board) for their study/trial and finally gain access to the patient information required.

Users can also quickly identify target populations without having to know querying languages or rely on the organization’s technical staff. Another additional feature that we built was for researchers to be able to quickly build a list of patients that have consented to be part of a research study which again was a real problem in the past.

It’s been quite the game-changer for them, and we continue to hear great results from the research team regarding the speed at which they can now identify patients anonymously and efficiently produce a list for IRB approval. 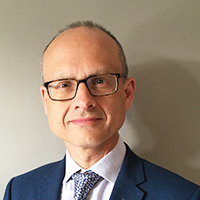 One moment please. Based on your location, we are now redirecting you to the relevant website.